Dictation software can work really well, and can triple how much writing you get done.  (I recommend Dragon Naturally Speaking).

However, it WON’T work well if you don’t have a good microphone.

So, what’s the best microphone for Dragon Naturally Speaking?

Without a good microphone, the software can’t pick up what you’re saying as easily and you’ll spend more time editing.  Enough time to make the dictation no quicker than just writing everything!

Here’s the good thing, though:

You DON’T have to break the bank to pick up a good microphone.

One of the lucky breaks I’ve had in dictation is that I’m a major music hobbyist: if I’m not writing, I’m playing guitar or recording vocals.

In other words, I know the beginner mic market better than most writers!

As well as going through the two mics I use to do my dictation, I’ll also make a few other suggestions of mics that’ll work just as well.

I personally use one of two microphones to do my dictation:

Both work effectively in combination with Dragon Naturally Speaking, and I tend to use whichever mic I’ve got plugged in.

(I also use the mics for music, but you don’t have to do that!)

The fact that they’re both pretty much interchangeable should tell you the quality!

Here are the major points to consider between the two. 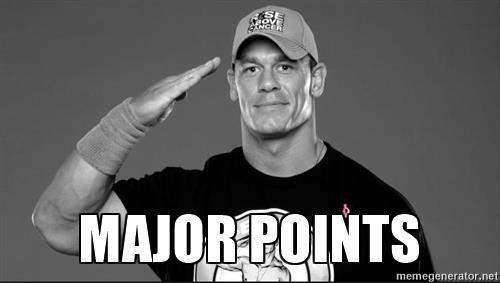 The Tascam is the cheaper option at £50.

Even ten years ago, there’s no way you’d get a microphone this good at that price point.

(When I first started pratting around with mics, even the cheapest ones were over £100 or more).

Tascam are a respected company in the audio world: their stuff is well-built and durable.  I’ve dropped the mic a couple of times (I’m a bit of a klutz) and it’s still working fine.

The Tascam is excellent at picking up Dragon Naturally Speaking.  It has no problem tracking what I’m saying.

What’s more, because it’s a condenser mic, it picks up the room really effectively.  This is great: it can sit on my desk three feet or so from where I’m dictating and still pick up what I’m saying.

If you’re on a budget, I wouldn’t look any further.

The Shure SM57 is, frankly, a bit of a studio legend.

It’s been used on thousands of best-selling albums, and it’s capable of recording guitar, vocals, bass, keyboards…you name it.

But, how does it work with Dragon?

Very well, is the answer.  As with the Tascam, the Shure SM57 picks up speech well and Dragon seems to like it.

There are a couple of things to bear in mind:

However, the Shure represents a sound investment for two reasons:

Rode NT1A – This was one of the first condenser mics to be budget-friendly and still very good. Again, Rode gear really is great.

Shure SM58 – This is the close brother of the SM57, and is another excellent option for any speech application. It won’t be as good as the SM57 for micing guitar cabinets, but I’m assuming that won’t bother you 😉

I happily endorse both the Tascam and the Shure SM57 for use with dragon naturally speaking.  I have used both on many occasions and they are both very effective.

IMPORTANT: To use any studio microphone, you’ll need an interface: that is, something that connects the microphone to your computer. Handily, I also know my way around these! Head here for a guide on the right interfaces.

On this site, I offer no-BS reviews on products that've helped me sell my ebooks. (And a couple that haven't helped at all.) Enough said, really!